View From the Left Coast by a Lefty:  Been a While 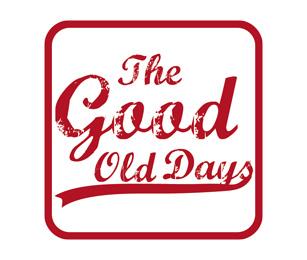 As the season progressed, it became more and more difficult to write about my favorite team since 1958. I've seen the highs and lows over and over again. Right about now there are maybe 3 positives to dwell on: 1) Franco and Hernandez, but lately 16's come back to earth 2) Frenchie, and that's a stretch but he's enjoying every minute which dont suck 3) possibilities for Adam Morgan to do well. Come Tuesday we'll see if Nola is actually ready for primetime. Personally I think they should have waited til September but I don't sign the checks. Don't get me wrong I loved the pick of him and that he was the most ready for MLB pitcher in that draft. But seriously, isn't the front office grasping for straws because they can't deal Hamels or Papelbum or Revere? I think they finally this week realized they weren't getting the moon for Cole.... FINALLY. We'll see soon enough.
So instead I decided to go retro, back to what got me invited here. My first 3 pieces were about how I became a Phillies fan living 2500 miles away. If you're interested here are the links to them:
http://philliesbunts.blogspot.com/2011/04/view-from-left-coast-by-lefty-part-one.html
http://philliesbunts.blogspot.com/2011/04/view-from-left-coast-by-lefty-part-deux.html
http://philliesbunts.blogspot.com/2011/05/view-from-left-coast-by-lefty-part-tres.html
So now I regress to 1968-69, playing semi pro ball in South Jersey. Playing in the Camden City League my Cherry Hill team dominated from 69-73. We were the only back-to-back-to back champs in it's history. In our league we had 2 teams that were mostly Puerto Rican. Great players, but mostly choked when it counted so they never won. One of the managers invited me to play for them on Sundays in Philly. The two teams combined their best players into one team sponsored by Goya,  http://www.goya.com/english/ a major Latino food distributor with a giant factory in Philly. He said he'd pay me $25 every Sunday I showed up. They played double headers every weekend, and were only allowed to have 2 non-Latino players on each team in the league. Signed a contract and all so you couldn't jump from team to team. This was commonplace for semi-pro teams to sign a contract.
Now $25 doesn't seem like a lot, but at that time minimum wage was $1.25/hour so you do the math. On top of that, after every double header they broke out cases of beer and a few grills and it was like a big party. I had a blast with them.
Anyway, my first time going over was scary. We played on a shit field somewhere in SE Philly I think it was. Full of rocks, broken bottles, and other crap. The entire team showed up almost 2 hours early and scoured the field for debris. By the time we started it wasn't bad at all. Those guys lined the field like pros. Only major hurdle was my Spanish was next to nil lol.
So the first game I lead off and play RF. I had 3 hits and we won. But because the field was in such a shitty location(to me) I was more worried about my car than anything else. I had a 65 Impala SS convertible that I had just spent $250 on a brand new rag top. Most of the game I was watching out for it(parked as close as I could to the field). The manager noticed this but said nothing. 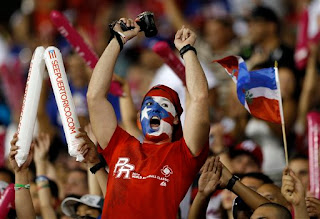 Between games he came up to me and asked me if I was ok, I seemed distracted. I told him yeah a bit. He said he noticed I kept staring at my car all game and I nodded. Then he busted out in this big laughing spell and told me he had two kids watching my car and not to worry about it anymore. I went from almost shitting my pants to laughing with him. Then he asked me to pitch the second game, and that's why they asked me to play. He knew I was all state and drafted by ATL. He was a very cool and smart man.
Almost forgot, he was one of the only people on that team who spoke English. I had to fess up and tell him I threw my arm out and couldn't pitch anymore. I offered to give him back the $25 he gave me before we started because the only non PR's were always pitchers for every team in the league. There just weren't enough Latino's who could pitch. He told me no I could keep it if I got 3 more hits and we won the second game.
Well I was 2 for 2 with two walks, we won, and I kept the money. He tore up my contract and thanked me for coming over and that they didn't need me anymore. Just think, 47 years ago and baseball was that important to them. There were at least 2000 people lining the field to watch us. They sure loved baseball. No wonder so many Latino's now are hooked and its almost a way of life.
If you got this far I'm impressed that you gave a shit about my past. I truly wish I could write as much about this Phillies team. I've tried more than once but my fingers get stumped as to which keys to hit to make it sound enthused lol. I do predict Hamels and Papelbum gone, both before the deadline. I'm going on record saying I don't think Nola is ready yet, but I hope I'm wrong. If he struggles I hope he has the mental strength to get through it. Hopefully Jesse Biddle has mastered his mental hump with the help he got from Doc, as his last game was outstanding. Wriz, if you don't approve of this piece you have a delete key and it won't bother me in the least. I'm still watching every weekend and chromecasting the games to my tv. We may suck but it's still my team. Thanks for listening, and let's get Bunted.
Bill S/aka netfather

Hoodwink’d                         by cj hood
Bad Biz
I gotta be honest, I thought my life would be a helluva lot better when Pete Mackanin took over last week:  Air would be fresher, beer would be free-er & the Phillies would be winning.  Kind of the same way I thought I felt when Ryno took over for Chollie a few seasons back.  However, that is definitely not the case.  As a collective phanbase of ‘Buntamaniacs we all the share the same depression over this ballclub, the disdain for Ruben and the rich love for more free-er beer.  Yet, this excrement that trots out onto the diamond day-in and day-out also represents something else that only a few of us could understand.   For the Phillies bloggers all over the world including the #1 blog, these Phillies Bunts, this team also represents bad biz.  It’s like when superstore Pails & Nails nearly ran Cunningham Hardware out of business.  It’s difficult to sell a hammer to someone who’s not interested in hammering, but in this case the ‘hammer’ is positive news about this team.  Hence, when the Phillies franchise suffers…so does this blog. 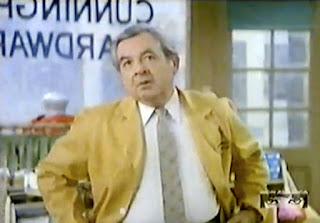 F’ THIS SHIT!
The truth is, this blog started 2 years too late.  The World Series win & appearance were long gone when our faithful CEO Wriz contacted the original group about starting a blog.  That crew (Wriz, DB29, Kornhole, DiamondGirl & myself) came together like Voltron and took over the City of Brotherly Love with informative and (might I say) witty retort about our Phightans.  However, as the Phillies started to fall so did our bloggers and hype over this fine institution.  Despite the fact that DB29 came out of retirement and wrote a blog that only makes sense if you’re drunk or high, output from this corporation has been weak at best.  Yet, it isn’t our fault.  Do our legion of ‘Buntamaniacs want to read how our team sucks every week?  I doubt it.  The truth is if it wasn’t for Erik the ‘Bunts might have folded months ago.  Besides running a successful blog & Facebook page, we also manage Twitter& Instagram accounts.  We now use Twitter to do play-by-play instead of the FB page.  The Instagram is mainly used for posting embarrassing pics of the Wriz.   Irregardless (not a real word), none of these outlets generate much heat cuz the Phillies suck and when they suck it’s bad for the blogging business.  Case in point, I run an Eagles FB page (Ray Didinger Superfans) that get’s 5-7 Likes a week  AND IT’S NOT EVEN FOOTBALL SEASON.  And because it’s not football season I only give it a tenth of the attention I do the ‘Bunts, but it’s still getting mad love.  Why?  Cuz the Eagles are good (as of today).  I know older fans like Netfather Bill are more patient than I am because they’re used to these waves of shittiness, but those waves happended BB (before ‘Bunts).
One thing that really ‘grinded my gears’ is when I shared the story of the Dad who took his son to the Gnats doubleheader which coincidently took place the same day as Meet & Greet V.  Sure it was a good story, but the amount of views, comments & shares on that one post trumped most of what we posted all season.  Just like Cunningham Hardware, Phillies Bunts is a business that was built from the ground up….blood, sweat & tears bro!  It’s hard work!  Try breast feeding twins and writing a blog every 4 months…don’t believe me, ask Wriz!  So if it’s sappy my fellow ‘Buntamaniacs want, then sappy they will get.  Break out the tissues wussies for the sappiest Hoodwink’d ever sapped…..sap…
-We bought new brown rugs for our kitchen that perfectly camouflages doggy doodoo.  I stepped in poop twice.
-Billingsley, Correia, Harang, O’Sullivan et.al.
-Robin brought pretzels to Meet & Greet V that she originally bought for Meet& Greet 1.
-Our manager quit on us.
-DB29 tips 9%.
-DiamondGirl’s cat Chase had the sniffles.
-I'm not as hot in my online pics as I am in person.
-Some people thought Galvis and Herrera were All Stars.
-The dad that took his kid to the double header thinks Jim Korhan is funny.
-Timmytheleg hasn’t been seen since he got married.
-Wriz promised my friends and I Hall Of Fame seats & then we got denied at the elevator.
-Not only does Harang sound like Orangutan, but he looks like one too.
-Netfather Bill broke a toe when he dropped his high school yearbook on it.  (It’s made of stone)
-RAJ saw his shadow in a Schmitter which means 3 more years of incompetence.
-The Phillies are now selling tickets with gift receipts.
-With a name like McPHAIL how could anything go wrong?
-Meet & Greet VI might take place at a Union game…let’s get ‘bunted!!!
Reply, Reply All or Forward | More
Posted by Jay Wrizight at 8:08 PM No comments: