Should The Phillies be Buyers? 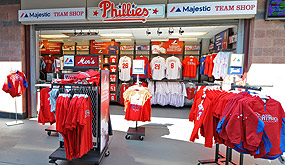 The question was brought up on other sites, should the Phightens become buyers if they are still close at the end of July? I give this an emphatic HELL NO. Why give up ANY of these prospects? What are you really going to get? Three months of some overpaid, under-achieving "star". Only way I would even think about it is if Ruf were the key-player in the trade.

Continue on the path they have laid out...develop those prospects and keep them. Leave them on the farm until September and then throw them into the mix.

I wouldn't even go into next years FA market. The Phightens will have their three largest contracts coming off the books at the end of this year, Howard, Ruiz, and Harrison. In my most humble opinion, you only go to the FA market if you are looking for that piece that is going to bring you a parade down Broad Street. The Phightens will be even more competitive next year but not parade ready. Parade year will be 2018. Hit the FA market after the 2017 season. After all these kids get a full year in the show, you will know exactly what your needs are for the parade.

The new front office of MacNofail and Halftanked, needs not to be swayed by the media and fans (the bandwagon fans will be the loudest) and stick to their guns. ‪#‎paradein2018‬ 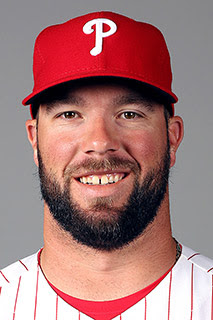 THE MAN!
Can't the Phightens get some love? Just a little love? Before Spring Training even began all the "experts" were picking them to be the worse team since the 1962 Mets. Kevin Millar picked the Phanatic as his remote stopper. The sabermetric weenies, you know those guy's right? When choosing up sides to play wiffle ball he was only allowed to play because it was his ball and bat so you put him in right field. He grew up, lives in his mother's basement eating hotpockets and watching porn in his tightie whities, scouring Amazon for the latest craze in pocket-protectors. Same guy who couldn't get any play if he walked into a brothel with a hand full of $50's. Those guys picked the Phightens to be lower than whale crap. Only REAL Phans stuck by the team. We saw promise in this young group...we still do see a bright future and that future is not that far off. The bandwagon fans spent a lot of time in ER's around Delaware Valley getting treated for sprained ankles they got when they jumped off the bandwagon. The only thing these experts are saying is "Philadelphia boo'd Santa Claus"...yeah, that shit is getting told too.
What did true, real Phans do? They looked for improvement from last years fiasco. Keep developing the young players, put in bits and pieces in the 25 man roster to play competitive ball and wait for the results. I hoped, and picked them to win 75 games this year which would have been a 9 game improvement. So what happens? You wake up on Sunday morning, May 15, 2016 to find the Phightens 7 games over .500 and a game out of 1st place in the NL East. They didn't do this by beating just the scrub teams because all the experts picked them to be THE scrub team. They used the broom on the gNats at gNats home. They swept another expert-picked front-runner, the Indians. They are not doing it with smoke and mirrors...they are proving that good pitching and clutch-hitting wins games. Sure, their run-differential, which is another sabermetric weenie stat, isn't sexy. Matter of fact I believe they are on the negative side BUT all that matters is the win and loss columns. Do you get more credit for winning a game by 6 runs than you do if you win by 1 run? OH HELL NO!!!
They are winning with only one position player who has All Star stats, they are doing it with a closer who can't break 100mph on his fast ball and most people couldn't pick him out of a line-up, like an unnamed closer in the Bronx, they are doing it with someone like Freddie "Effing" Galvis tied for go-ahead RBIs in the NL with some guy named Harper. They are doing it with two of the old guard from the last parade down Broad Street contributing. Howard is on pace for 30 long balls. Don't tell me about him having a low batting average or that he strikes out too much until you compare him to other, sexier names. There are 22 players who have K'd more than Howard in the majors this year.
So, all you "experts" and bandwagon fans (no PH on purpose), let me mark off a spot on me arse for you to pucker up to. We may not see a parade down Broad Street this year but we are showing you that you don't shit from shinola.
Posted by cj hood at 10:16 AM No comments: 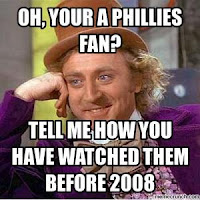 Last week I got called out by seasoned ‘Buntamaniac Joe Stratton as being a ‘bandwaggoner.’  However, A. That is not the case and B. 99.9% of what I put on social media is tongue n cheek.  Irregardless (not a real word), that got me thinking.  How many more comeback wins, series wins and/or Gomez saves will it take to put assess back in the (CB Park) seats and cause people to start buying Phillies gear at their local Walmart again?  Like I’ve penned before, we started this blog the year the squad began their steady decline, so we’ve never got to experience the surge of fandom that put so many P’s on peoples’ hats & chests.  Hence, if Joe, Robin and Carmine Ragusa decided to vacation the same week…Buntamania Land would have to close it’s doors.  But will this current run be the one to cause casual phans to dust off the Phillies hats they’ve had in their closets since 2012?  Maybe.  If we sweep out the Braves in Atlanta will that get 5 more Buntamaniacs to show up to Meet & Greet VI in June?  Doubtful.

Yes, we are good or at least better than expected.  At 18-14 we’re 3rd in our division, but would be 2nd in most other divisions and first place in the NL West.  Fans are excited as well as the players while the media warns us daily not to get too excited.  Why?  I want to get excited.  It’s been too long!  Ding dong Harrang is dead!  Nola’s an ace!  There I said it.  Vinny from Philly might be to.  I love Hernandez, Neris and of course Gomez.  Giles who? Dude spoke like Frankenstein…no offense to Jewish monsters.  Tyler Goeddel’s coming around, Blanco got heat off the bench and Chooch seems to have found the fountain of youth.  And we finally found our lead-off guy El Torito.  Even Ryan Howard’s HR tally is ahead of schedule.  Needless to say, I’m more excited than a hopped-up Jesse Spano on diet pills.  Word to your final exams! 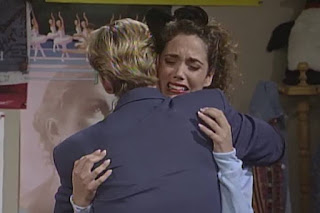 So let’s bring it back down to Earth for our resident naysayers.  Yes, we don’t hit enough.  Yes, we don’t score enough.  Franco’s swinging for the fences and it’s not paying off.  Morton is out for the year.  Eickhoff is so-so.  And the outfield corners can’t hit.

Bourjis might hit like D*Brown, but his glove makes up for it.  I think Eickhoff will come around and Morton wasn’t lighting the world on fire to begin with.  Franco still has pop and I feel things will get better, but most importantly we’re winning.  Stop telling us we need to score more!  We’re beating teams we should be beating (sans St. Louis); we’ve swept the ‘Gnats and are even with the Mets.  We’re 2 games out of first, we have the #1 pick in the draft and it won’t be long til Nick Williams & JP Crawford will be sporting red pin stripes.  Moral of the story kids is…things are looking good and they’re only going to get better!  So tell your girl who doesn’t know the difference between Ryan & Ron Howard; and the CPA who uses Phils tix to woo his clients that the Phightans are back!!!  But make sure they trade in their Victorino shirsey for a Herrera and they know the difference between a Nola and a Franco.  Otherwise, they risk at getting clowned by a nonbandwaggoner like myself.