View From the Left Coast by a Lefty: Musings Week 1

Just got done watching the series clinch against the Mutts. While we're 2-4, in my mind, we should be 4-2 at least. We all know the reason. The bullpen sucks(so far). After spring training, I admit to a tad of enthusiasm, even after sucking the last week. This is probably right around where we should be according to the "experts" but the season is young and could swing different ways. Normally, I might be pissed off but the Flyers making the playoffs took a big edge off and so far the weekend is pretty decent. 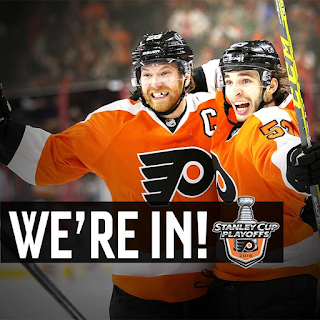 Last week, CJ did a great piece on most of the roster, so now I get to rant on what really is bothering me. We all know the bullpen cost us at least 2 games against Cincy, but are they really all that bad? Our rotation is 100% better than last year, and so far their ERA is under 3.00... *BONUS*. Nola is Nola, and Hellickson has been great. I kind of expected this after seeing him a lot last year in AZ but 2 games isn't a good sample. I'm impressed by Velasquez when I thought I wouldn't be. I'm expecting Eickhoff to bounce back and also expect Morton to as well. Like I said the starter's ERA is outstanding so far and I am willing to go another few weeks before rendering any kind of permanent judgment on them. And then we get to...........................
The bullpen.... OMGWTFLOL. One week isn't a good sample once again, but DAMN. I stand by previous statements on trading Giles, it just had to be done. If you want to go by a one week sample Houston is probably wondering *WHY* they traded what they did for him. I love the pieces we got from them and the Rangers. I'm praying Alfaro and Appel improve and advance as quickly as Nola did. But the bullpen... let's start with Hina josa. DFA his ass, he can't throw strikes. Send him to Oakland or as far away from Philly as we can. I am not in love with Russell, shitcan his ass too. I am really waiting on Oberholtzer and Stumpf to do something to earn their keep. Neris is holding his own so far but Gomez is not a closer in any stretch of the imagination. Hernandez has so much potential. He's another one I got to see a lot of here in AZ. A power arm but his mind seems to disappear in tight, important games. Anyway, we got what we got and have to live with it.
Before I forget.... who the hell taught base running in spring training? None of those guys could have played for my high school coach, let alone get paid to play.
Since I'm on a rant, I need to throw this in. DFA Bourjos. He's failed with 2 teams already, most notably the Cardinals. If they give up on a player he's probably done for. Also send Tyler Goeddel back to wherever he came from. I don't care how young and fast he is, he can't hit. Another guy they should have left on the street is Venable, another loser from more than one team. I say give Nick Williams and Darnell Sweeney decent looks to contribute at the MLB level. I'm not forgetting Alther, but he'd be my starting RF if not for that tragic incident.
Anyway I'm now brain dead again. Just had to get rid of some crap in my head. It's now back to switching back and forth between Cubs/Dbacks and Dodgers/Giants for a few hours until my Flyers come on. And... let's get BUNTED.
Bill S aka/netfather
Posted by Jay Wrizight at 8:02 PM No comments:

‘Twas the Night Before Opening Day ‘16 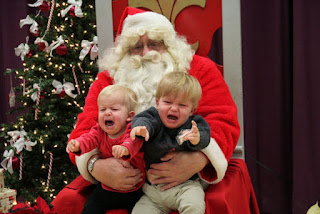 FANS ARE SCARED BRO!
‘Twas the night before Opening Day, when all through the park
Not a creature was stirring, not even a lark;
The bats were all hung by the helmets with care,
In hopes that the Phillies soon would be there;
The fans were nestled all snug in their beds,
While visions of a parade danced in their heads;
Mom in her Ruf jersey, and I in my cap,
Had just settled down for a long Spring nap,
When out on the field there arose such a clatter,
I sprang from my bed to see what was the matter.
Away to Citizen’s Bank I flew like a flash,
Tore up 476 and almost near crashed.
Phillies Bunts staff was blogging like there was no tomorrow
We got rid of that jobber; Ruben Amaro
When, my wondering eyes saw the mound and the bases
An all new offense, don’t know their names nor their faces
With a brand new coach, hair slicked back and neat.
I knew in a moment it must have been Pete.
More rapid than the Eagles his courses they came,
And he whistled, and shouted and, called them by name;
“Now, Nola! Now, Morton! They came with a twist!
Now Eickhoff and that guy that broke Franco’s wrist!”
From the dugout! To the top of the wall!
They dashed away! Dashed away! Dashed away all!
As dirt kicked up before the wild hurricanes fly,
When Altherr broke his wrist; phans collectively cried.
Ben Davis and Murph were calling the game
‘Boy we miss Harry’; Oh! What a shame,
As I drew in my head, and was turning around,
Nola was set and took to the mound.
He was dressed in a throwback, from his head to his foot,
And the strength of his arm could throw a shot put;
The Mets blew the Series; the ‘Gnats dug their own graves;
Marlins suck; at least we’re not the Braves.
Three up and three down as Chooch made the calls!
Two strike-outs, a pop-out, and only one ball!
Las Vegas is saying we’re gonna get killed
If their play doesn’t kill us, Chick-fil-A certainly will
We’ve got Andy McPhail and Matthew Klentak;
We traded our stars and got prospects back.
We might be the duds of the MLB,
We’ll contend once again, just wait and see
We’ll struggle at first, I’m not going to lie yo!
But at least we open with that team from Ohio
I’m excited about Franco, Herrera and Nola
Philly’s best team? Wildcats at Villanova
If we played in October it would be such a shocker,
Maybe if Howard cleaned out his locker
But tonight we’re in first, like the rest of the teams
And all we can do is have positive dreams
Can’t wait til tomorrow; dress warm cuz it’s freezing,
“Good Luck Philadelphia, and to the fans a great season,”
Posted by Jay Wrizight at 4:50 PM No comments: