View From the Left Coast by a Lefty: Maybe Sorta Kinda

View From the by a Lefty: Maybe Sorta Kinda 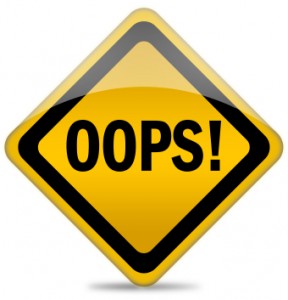 I started to write this maybe 3 times in the past week, but had to stop each time. Each stop was caused by either downright shitty play or  a managerial error or flat out bullpen bullshit. I've ranted for at least a year and a half about Charlie (and the whole coaching staff save Sandberg) must go so I won't comment on managerial error right now. So let's concentrate on the other guffaws for now. 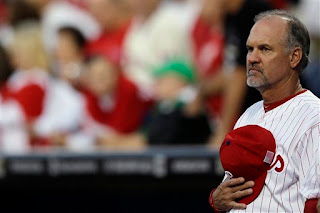 Let me start by saying that I rarely get to watch games during the week. I get home at 10pm Eastern time and by then I have to rely on espn.com bullshit and FB posts. We all know how reliable FB posts are so basically I'm left with box scores. Box scores are numbers that miss a lot of the game. Between the two though I can just tell that team chemistry, while not bad, ain't what it should be. There are too many mental mistakes from veterans who should know better. This can cause staring contests that don't help anyone. I blame Chollie for this because he doesn't seem able to make rational decisions that benefit the club. This isn't 2008 when talent overrode marginal guesses. I'm pissed off that I got so spoiled over the last 6-7 years that I forget my roots in Phillies fandom. We are all so used to being one of the elite franchises lately that less than 1st place does not seem possible.
The bullpen is its own entity. While not overly (to quote Sir Charles) turrible they have not established an identity or attitude yet. I can't decide yet whether Adams and Aumont are real or part time. Bastardo used to be able to pinpoint strikes, why can't he now? But my overall problem is why can't Dubee pull the trigger at the right time, or convince Charlie to do so? Same shit different year, ugh. Should I add why is Durbin on the roster? 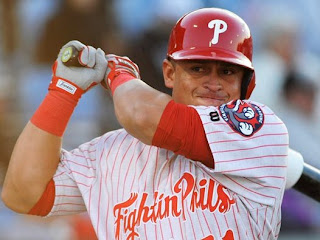 Some positives... this week after struggling with PITT they disposed of the Mutts as they should. Nice to see a 2 out, nobody on rally for the first time since Christ left . This week basically shows the inconsistency of the entire team. But working off of a sweep doesn't suck and should provide a springboard with an off day tomorrow. Chase and Young are hitting, Howard appears to have figured out his footwork with 9 RBI’s this weekend, and Dom is staying better in every AB. I have to say I'm glad Chooch is back and hope Galvis doesn't get caught again<cough>.
One last ramble that you may not want to hear: I cannot help but possibly compare us to the Dbacks who I get to watch every night. We don't have much passion. The Dbacks have passion, determination, and never give up. They haven't been out of a game yet this season after 7-8 innings. They are 6-0 in extra inning games ALREADY. They act like little leaguers when they pull a game out. THAT, friends, is a team with chemistry and who believes they are capable of winning every night. They are 15-10 and in 1st, as opposed to our 12-14. That being said I don't think that at season's end they will be comparable. I still think the Phils can win 87-89 games with Chooch back and Doc looking to be physically able. Thank God Cole won a fucking game, now go on a tear.
Oh, and by May 4 the Phillies will be solidly in 2nd place.

Email ThisBlogThis!Share to TwitterShare to FacebookShare to Pinterest
Labels: scardefield 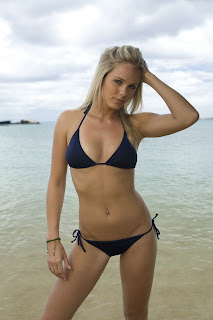 At the last Phillies Bunts monthly meeting many topics were discussed over cold meatball subs & warm beer. Present at this meeting (besides myself) was founder and CEO of the Phillies Bunts, the Wriz. Kornhole was also present, but he was the PIC of making sure all the subs were luke warm. I only wish DB29 was in attendance because we’re all aware of his affinity for ‘cold balls.’ Irregardless (not a real word), the major topic at hand was the number of hits each ‘Bunts blog receives. It was during the Wriz’ power-point presentation on the latter that he informed me that the articles with the seediest pictures get the most hits. In other words…sex sells. Although this notion is not new, it has been avoided, since Phillies Bunts Inc. is a respectable news source for all things Phillies. However, since our bloggers are dropping like flies, it’s time to put on my half shirt and short shorts and ‘bring sexy back.’ So, I present to you, my fellow Buntamaniacs, the sexiest Hoodwink’d that the internets will allow. Enjoy. 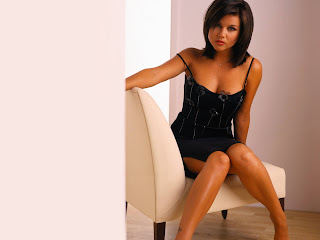 While you fantasize and drool over the pictures above think about how the Phils once again lack offense. We kill the Mets, but barely skate by the Marlins? Then we get swept in Cinci and finally the bats come alive against the Cards only to leave 2 guys on in the 9th…losing by 1. It’s the same thing year after year. A baseball team’s offense is more of an individualized than any of the 4 major sports. Banging shoulders or bumping chests is not going to get the bats going. An inspirational speech from a coach or team leader isn’t going to increase hitting when runners are in scoring position. However, age, paychecks & ’08 ring could cause some guys to ‘lose the fire to win.’ And a new face at the helm might spark some offense as well. Is it time to fire Charlie? Not yet….but talk to me at All Star break.

I watched most of last week’s games on my phone cuz CSN insists on showing the 76ers & Flyers. That’s like the Spice Channel showing The Biggest Loser. By the time I settled down with my cellular for Game 2 of the Cinci game they already lost the rescheduled Game 1 and were down by 11 in Game 2. By that point I didn’t even bother dialing into Vulkano…that ish is depressing. I was even hesitant to phone-in last night’s game against the Cards, but I did. And I’m glad I did…it was a good game…a lot of O. J*Roll was back at lead off and Utley was producing. Hell, even Howard’s bat was hot (sexy right?). Then we get to the 9th…down by 1…and….

Here’s a little story I got to tell
About 3 Phillies that you know so well
It started in the 9th inning
With Revere, Kratz & Jimmy
Had a lead off hit by Ben Revere
Then another by Kratz almost cried a tear
THEN FRANDSEN, JIMMY & GALVIS GROUNDED OUT…WTF?!?!?!?!?!?

No walks, sh*tty when RISP…and you now the rest. Like I said, MLB is not like the NFL, NBA or NHL. Pro player gotta hit like professionals. You gotta hit for Lannan like you’d hit for Lee and versa visa. I know I’m preachin to the choir, but if things don’t change soon then drastic changes need to be made…starting with RAJ. Here’s another sexy photo…let’s get ‘Bunted! 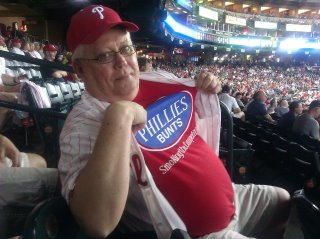 FOR THE LADIES!
Posted by Jay Wrizight at 4:50 PM 2 comments: 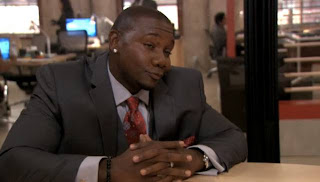 DWIGHT SCHRUTE COULD HIT A BEET FARTHER THAN THIS GUY.


-North Korea’s a bigger threat than Doc Halladay.
-If you don’t think Chooch’s absence is affecting this team then you’re hopped up on Adderall bro!
-I was always a Frandsen fan!
-Royal ass kicking!
-Ole King Cole? More like Prince Valium. Amirite?
-I see that Kurt Wilson’s using my ‘BREAKING NEWS’ tagline.
-Dear Ryan Howard: I’m sick of your ish!
-Big ups to Philly’s #1 Sex Panther, John Wilt, for letting me know that Michael Young comes out to the Beastie Boys.
-D*Brown’s not doing enough.
-Cholly pulled Lee? Bobby Heenan managed better.
-“Why would I get the new Facebook phone when my MySpace beeper works just fine?” -Wriz
-Halladay’s not the issue as much as the offense is. Ya gotta produce for all your starters boys.
-hate this hot weather…wish it was still winter.
-Thumbs down to DB29 for forgetting about me on Opening Day. Again.
-In honor of Hugh Hefner’s 87th bday this week, 4 girls have been trying to get him hard since October.
-my wing eating contest was the 2nd biggest sporting event this week behind Wrestlemania 29.
-Lookout for my ‘Forever (Michael) Young’ parody video. I got the original red headed kid too…he’s 31 now. 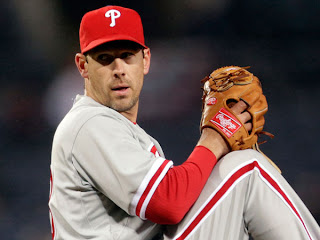 -shut up Oswalt! No one cares. #realtalk
-RA’s doing Dickey in Toronto.
-Bigger disappointment: Mike Greenberg’s book or Wheels’ book?
-Robin yelled at her daughter for blocking the TV during a game. I immediately called Child Services.
-the Braves are like the Ghetto Boys…CAN’T BE STOPPED!
-Who the f’ is Chris Davis?
-Robinson Cano signed with Jay Z this week while Dan Uggla signed with Snow. #informer
-oh ya, Chase is back!!!
-You see the Bull’s fiancé in that jewelry store commercial…BOOM!
-I heard they’re redoing ‘Chico and the Man’ with Freddie Prinze Jr & Cliff Lee. (google it!)
-Rutgers’ basketball players have seen more ‘balls to the face’ than Bree Olson.
-Where’s Galvis?
-My wife watches the Real Housewives like Luke Skywalker watched Yoda.
-Yu Darvish was TEN MINUTE away from a perfect game.
-Adams did his job.
-3-5 is bullshit!!!
-catch me at the Rockledge Firehall this Saturday doing stand-up…let’s get ‘BUNTED!!!
Posted by Jay Wrizight at 3:11 PM No comments: